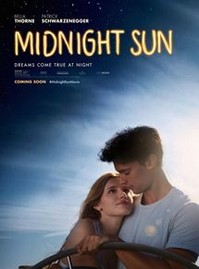 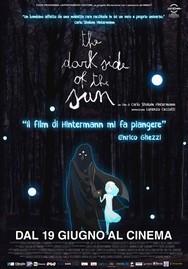 What do the film 'Midnight Sun' and Lanterne Volanti in common? Seems nothing. In 2010 we were asked to participate in a documentary about the same disease: The Dark Side of the Sun.

The film "The Dark Side of the Sun" was presented at the Rome Film Festival on 11/4/2011. The movie is coproduced by Rai Cinema – Doc3, DR2 (Danish National Television), NHK (Japanese national television), YLE (Finnish National Television) and is distributed by Films Transit, the company that received the award as "distributor of the year" at the festival Hot Docs Canadian documentary.

The film describes the universe of a rare disease, Xeroderma Pigmentosum, which forces few kids in the world to live away from sunlight, in complete isolation. However, this does not happen at Camp Sundown where the sick children of XP can meet and play together at night, hoping for a normal life.

Lanterne Volanti (NL) and Mille Belle Cose SRL has worked on this project as Artistic Consultants and associate producers: our sky lanterns have lit up these kids spirit, and have contributed to their special summer. Watching the night sky covered with floating lights allows adds a magic dimension. Our creativity through a wide range of articles to contribute to this important and at the same time emotional project.

The director of the film, Carlo Hinterman, surprised us with his invitation to the red carpet in Rome where the documentari was presented for the first time. And so, on 4 novembre 2011 we were walking on the Roman red carpet together with all the other participants of this project, little after Richard Gere. It was not us the VIPS but the kids and their families!

Have a look at the Facebook page as well.